The Riad was originally built in the 14th century by the Qayed (Commander) Bezari. This was a powerful man in Fez Medina, he was the representative of the Sultan of Morocco at that time. His family was also one of the richest families in that era with a lot of land that they were exploiting. The Riad is in the old Medina through Bab (Gate)Rcif. It is located 2 minutes walk from the gate and it was built in the center of the old city of Fez so that the Qayed will be closer to his people.

It is being renovated since 2013 taking much time to get the original structure as it was before. The idea is to have our guests live the real life as people did six centuries ago.

It has a large open area in the center and 5 separate suites with their private baths. Four suites were divided on the wives and one master suite was for the Qayed.

This suite was inspired from the architecture of the spiritual city of Fez. Its living space is about 24 square meters with ceilings over 5 meters in height.  The full bathroom is separate. It was named Fes as he was originally from Fez.

The original colors were kept as they were.

The first wife was Berber from the Atlas Mountains of Morocco. She was from a tribe living next the city of Sefrou. She brought her own Berber decorating carpets when she came to her husband home. She also brought her own furniture.

The suite was inspired from the Berber culture. It shows exactly all what the Berber traditions have to offer.

The third wife was from the Marrakech. She decorated her suite with furniture and carpets. She came from one of the largest families in that time. Her father made sure that the husband made her feel like she was still home. The colors were all reddish.

The fourth and last wife lived in that suite. This wife had a baby boy to carry on the family name. She was originally from the Desert of Morocco near the City of Merzouga. Her father offered 1000 camels to the husband family as a wedding gift. The Wedding was so luxurious as people are still talking about it nowadays in the old medina of Fes.

The suite was inspired from the Sub Saharan culture. It is a unique space to live in. 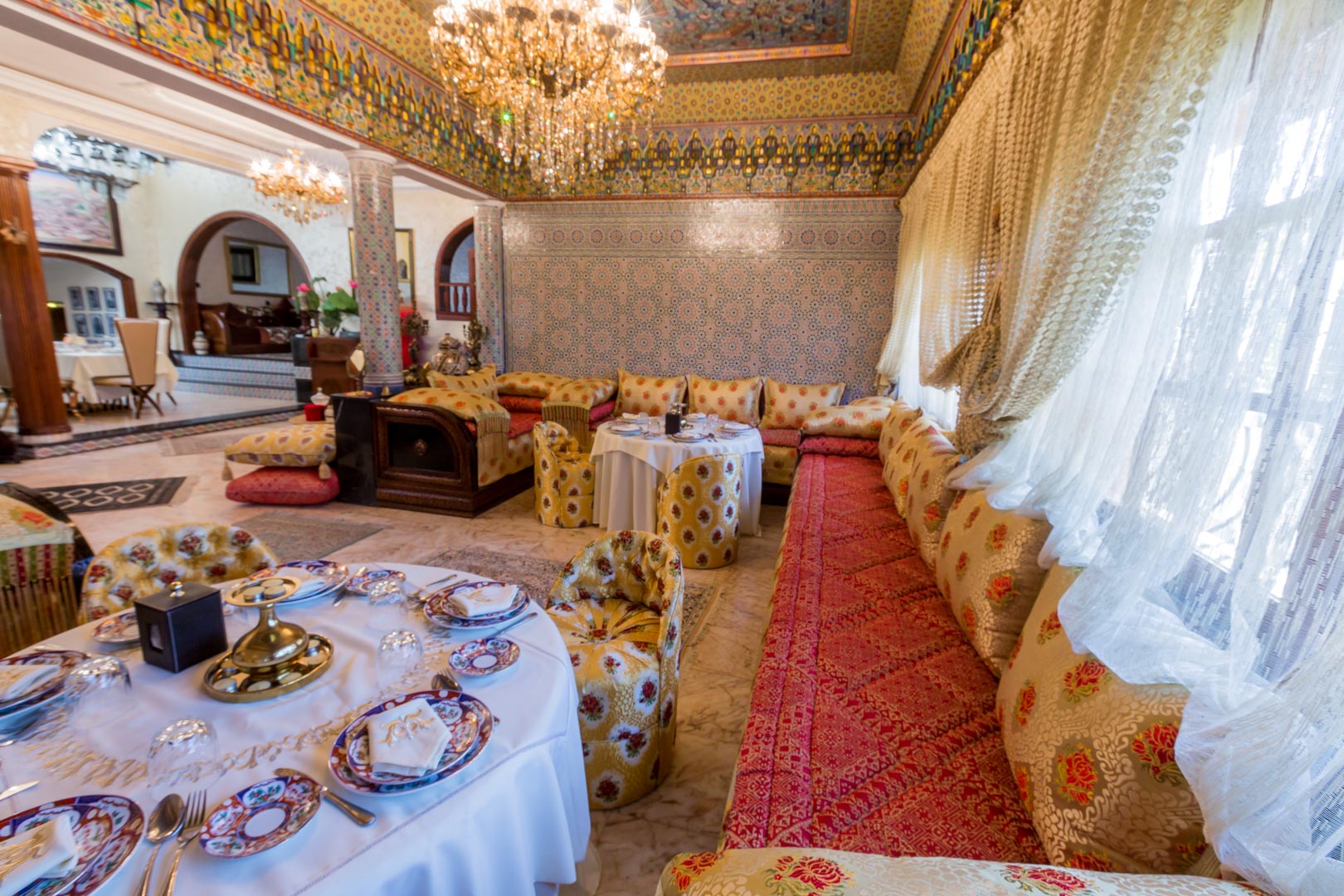